This is a Terraria character of mine, reimagined in 3D. It started when I made my first complete humanoid model, and I wanted something to do with it. My friends and I were playing modded Terraria at the time, so I ended up with this. I had planned to do their characters as well, but we stopped playing not too long after I finished this one. Also, one of them frankly wasn’t very stylish at all, SoundTech, you literal pumpkin. 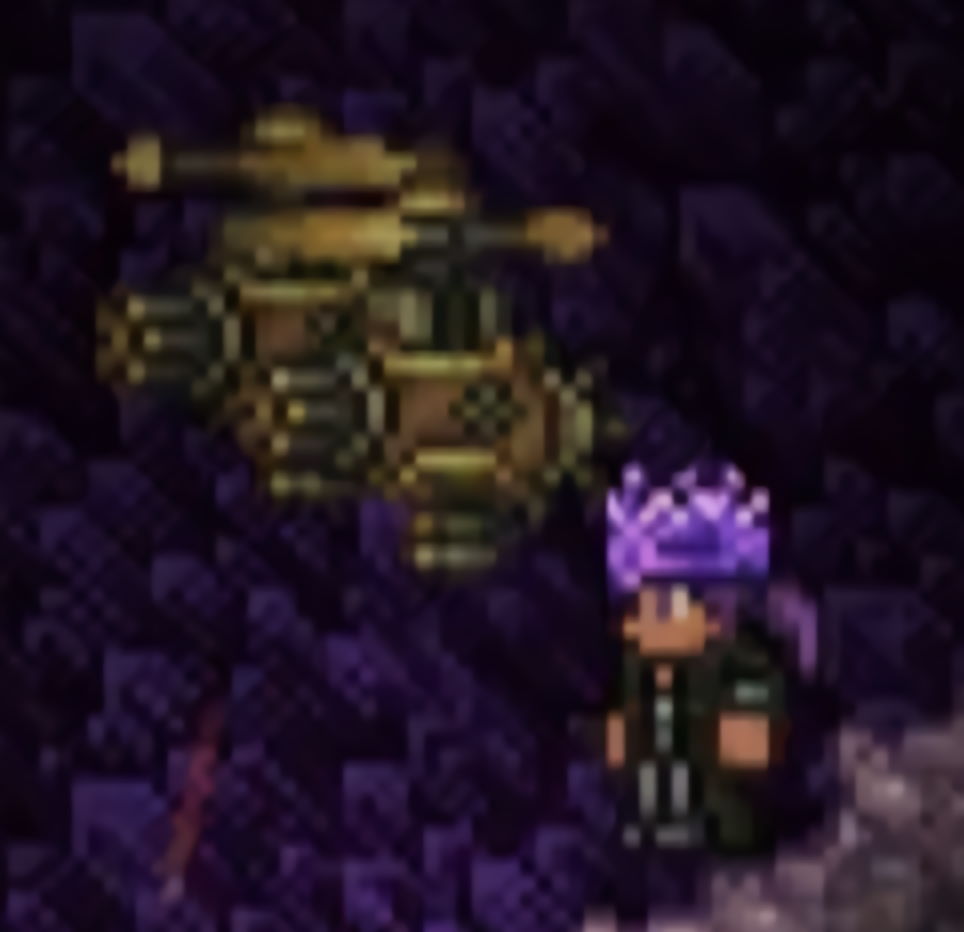 This character is a summoner, wields the Sacrificial Dagger, and controls three Steamgunner Drones, both of which are from Thorium. Around her neck is a Mana Flower and her boots are Angel Treads, from Calamity. The circlet is Cenx’s Tiara with shadowflame dye. Other gear was omitted or cut from the final version: the Suspicious Skull (which would have been a sans-style glowing eye), shadowflame wings that I cut in favor of focusing on the treads, and various accessories (tabi, black belt, phylactery, sorcerer’s embelem) that would have made the design too noisy.

I made my own NPR ‘toon’ shader that is used for almost all materials. For this, I studied a large variety of NPR styles and characters. I was particularly inspired by the style of the show ‘The Dragon Prince’, especially for the face. Outlines were achieved with a simple inverted hull (freestyle more like garbostyle - what even is a Kr Derivative Epsilon?). The awesome hair effect was made with this video from Lightning Boy Studios, which has a lot of cool NPR stuff.

For the eyes, I made a procedural material that I’ve continued working on beyond this project, and eventually I’d like to release it. It’ll probably have two versions, one for spherical eyes and one with a proper refractive cornea and concave iris, with a plethora of anime-style features. Right now I’m still working on ‘realistic’ iris patterns, though. Radial stuff is a hassle.

This was my biggest non-animation project yet, and I learned a lot. If I was to work on it more, I would add more details on the cloth (some would call it stiff, I would call it, uh, a style? sure, a style) and textures, like on the boot wings. Bringing a character to life in 3D is extremely satisfying. Isn’t art fun?