This is an Elder Scroll, from the Elder Scrolls games. I’ve loved TES since the moment I first got my little goblin fingies all over Oblivion, so when I’m looking for cool looking practice subjects to make pale 3D mimicries of, TES is near the top of the list. The actual Elder Scrolls don’t really appear a whole lot in the games, but I thought they looked pretty cool in Skyrim, so that’s what I attempted to make.

This project was more of a technical study than an artistic one, and my priority was non-destructive modeling and procedural materials. For the geometry, this meant plenty of array, curve, and lattice modifiers. The materials were the bulk of this project. For the metal, there are two materials, one with the swirl-patterns and one without. The swirl patterns are made with two layers of voronoi circles and three layers of noise-distorted waves, which are then engraved. For the Elder Runes, I made a tiling vector texture in illustrator. These are placed on the metal with a secondary UV map. 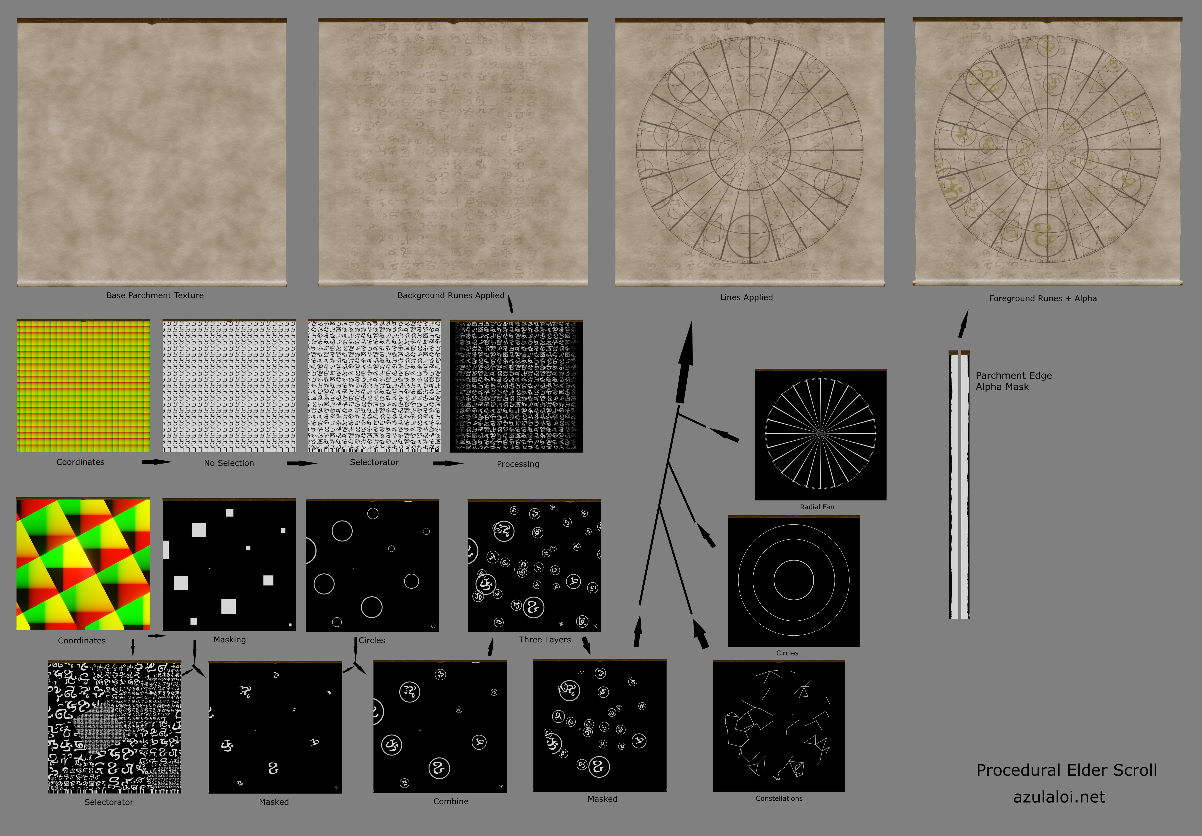 For the parchment material, almost everything is constructed with nodes, except for the constellation pattern, which was generated with animation nodes in a separate project. I made use of the SCATTr tool by Simon Thommes for the random coordinate placements of the circle-runes and background runes. For the encircled runes, I made a ‘paired scatter’ node that created the circle-rune pairs. To select random runes for the circles and the background pattern, I created a ‘sheet selectorator’ node that would grab a random square region of the rune texture. The rings, fans, parchment texture, and edge wear alpha were all procedural. There is also a glow value that makes it glow like when you open it in the game.

This was a fun minor project that taught me quite a bit about procedural textures, and I’m pretty happy with how it came out. If I was to spend more time on it, I’d probably want some more detailing, and add more of my own touches to differentiate from the Skyrim design. Maybe even a rig to make the scroll-pulling-out-mechanism functional.